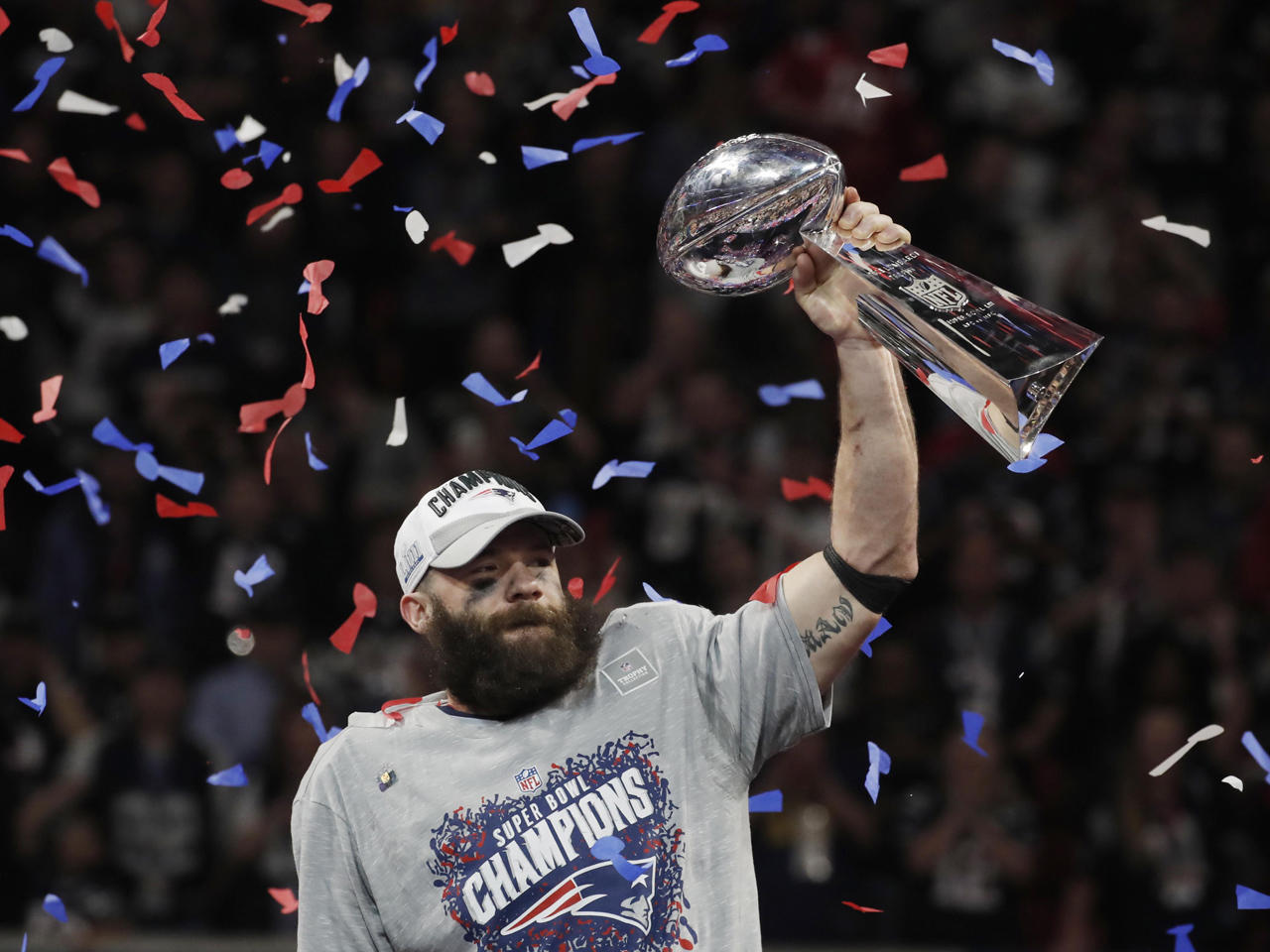 Super Bowl LIII's Most Valuable Player is the Patriots' wide receiver Julian Edelman, who caught 10 passes for New England in their 13-3 win over the Los Angeles Rams.  Appearing on "CBS This Morning" Monday, Edelman said that the first person he talked to after becoming league champions was his mother.

"I just said, 'I love you,' and [that] I appreciate her," Edelman said. "I wouldn't be where I'm at without them. Sometimes you just got to say it to let them know."

Edelman was responsible for more than half (141) of the Patriots' receiving yards. His triumphant performance was the cap on a season that saw him missing the first four games on a doping suspension.

Asked to describe how the team was feeling this morning, he said, "Pretty happy and a little tired. It was an unbelievable game. It's great to be a part of a resilient group of guys. Now after all the hard work, we get a little time to enjoy ourselves, and I think that's what we're doing right now."

He said his strategy going into the game last night  -- to just "go out there and do my job" – was to avoid making any mental errors.

"Every game is completely graded throughout the whole process of plus or minus on each play, on blocking assignments or pass routes, conversions or anything like that," Edelman said. "I wanted to go in and have a clean game. I wanted to be able to, you know, help communicate. You want to hear the personnel groups get in and out of the huddle. Those are little individual goals that I had that if you do those little things, it adds up to make a big difference."

"It was awesome," he said. "You know, he's the ultimate professional. He's the greatest of all time. And it's been an honor to get to play with him and learn from him on not just being a football player, being a professional, being a father. Just been, you know, helping me out for ten years now, showing me the ropes, and, you know, it's pretty cool to have guys like him around."

The best and worst Super Bowl ads of 2022

David Morgan is a senior editor at CBSNews.com and cbssundaymorning.com.

Thanks for reading CBS NEWS.
Create your free account or log in
for more features.
View CBS News In
CBS News App Open
Chrome Safari Continue
Be the first to know
Get browser notifications for breaking news, live events, and exclusive reporting.